About the holidays in Hamburg
Selfies, disorders and the tyranny of images

A month ago in Hamburg, Germany, a G20 summit was beginning, and with it mass protests against it, with demands for a more ‘human’ running of capitalism, up to the total destruction of the system in order to build a more ethical world where there would be a place and respect for all, where there would be no repression or hierarchy, where the earth would be protected and the insatiable thirst for empty benefits on which this society is based would disappear from our values and life goals.

You can read about what happened during the 3 days of the summit and the demonstrations in many websites, including this blog, if you look in the corresponding posts (starting from the month of July, for those who are curious); and as I couldn’t go to Hamburg (and I’m sorry about that) for reasons that are irrelevant here, I won’t comment on what happened or go into detail. The comrades who were there have talked about that and continue to do so.

I’d like to talk about a particular aspect of those demonstrations, which I think occurs too often in this kind of context, and which seems a serious problem, at least to me, and one that annoys me. It’s what is known as the ‘tyranny of the image’.

In today’s society the spectacle covers everything. Our lives are being transformed into a compulsive traffic of images, stereotypes and identity markets that nourish profiles, a projection of ourselves, often altered, fictitious, but with which we somehow make up for our deficiencies and the aspects of our real lives that don’t satisfy us (instead of trying to change them, we cover them with images), just as happens in most social networks. It doesn’t matter who you are, but who you seem to be. People must see a photo on the screen that confirms everything, if it doesn’t appear on TV or in the internet it doesn’t exist. Just as the modern liberal nouveau riches take photos of their luxuries and share them on the internet so that the world can see their exclusive lifestyles and admire their ‘success’, in the anti-capitalistic, antiauthoritarian, revolutionary milieus, the same dictatorship of appearance is reproduced. In the midst of disorders many people want their own souvenir, their own photographs, like those who pay a few extra euros to get a picture of their adventure in a leisure park while whooshing on a roller coaster.

Images circulate frantically on social networks, blogs, mass platforms of videos and photos, for the joy of the police and the media; and if they didn’t arrest anyone it will be sufficient to search the internet to find succulent photographic material for their files, and if unfortunately they later arrest one of these people, it will be enough to check their cell phone (which they usually do when they lock you up in a cell and your telephone and documents remain in their hands) to find evidence of so and so’s presence at those demonstrations, which only they and their comrades should have known, evidence that can be used during the trial. On the other hand, the mainstream media also get busy, with activists who serve them up with perfect photographs for sensational items of news on a silver plate.

I don’t understand either the necessity or purpose of photographs like these: 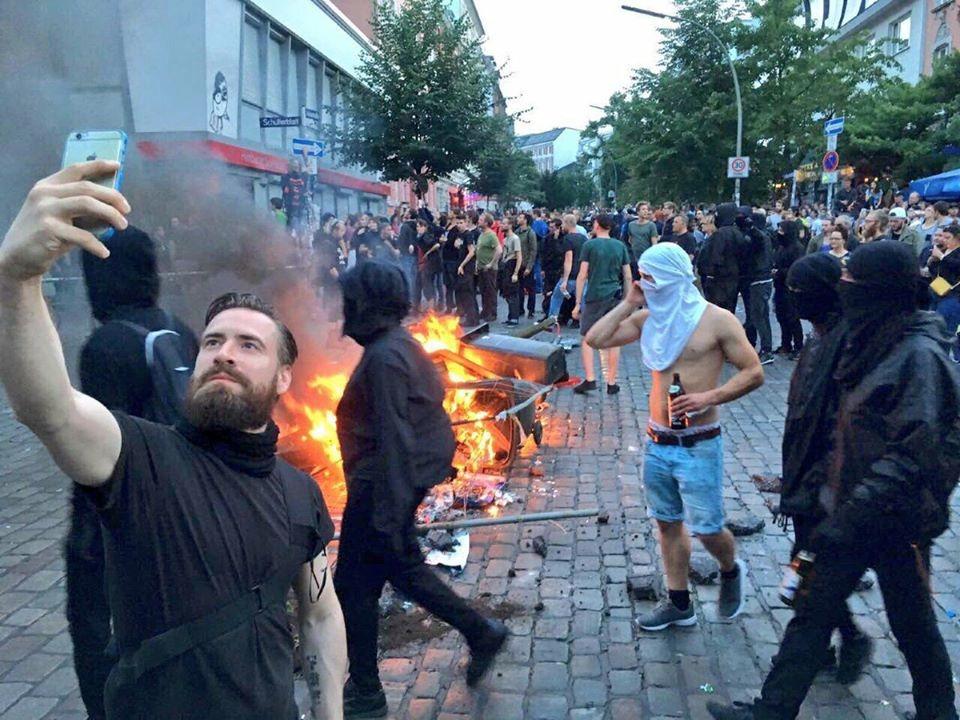 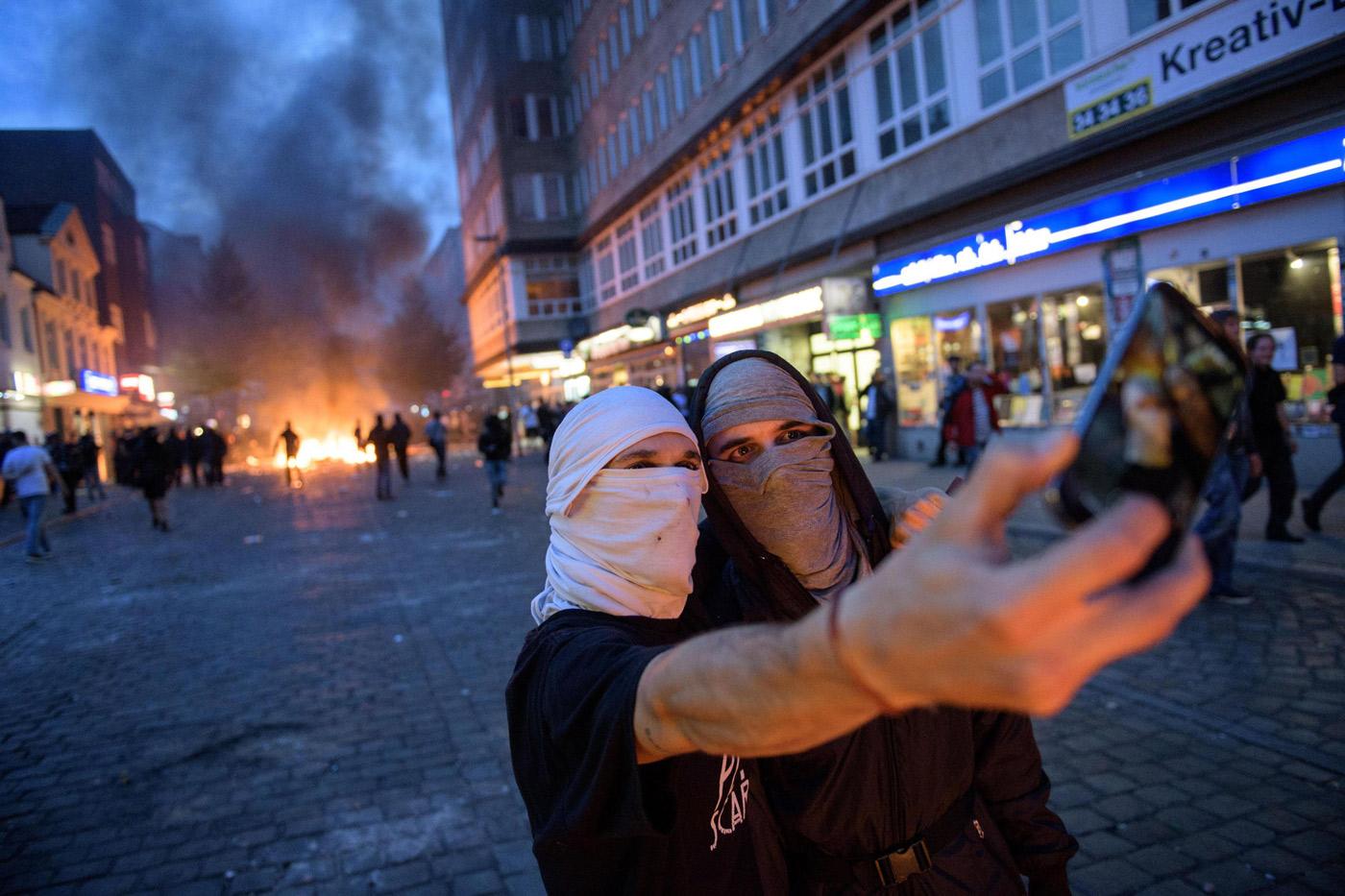 What do these people want? A beautiful memento to show to their grandchildren? I don’t want to deny the importance of documenting this kind of event also with photographic and audio-visual material; because often, if it wasn’t for people passionate about videos, who gather and record all this, or as part of press collectives close to social movements or alone, we wouldn’t know many of the things that happen. But it is important to maintain a culture of safety and above all to bear in mind that when you photograph yourself you are not only exposing yourself only but also the people around you or other comrades who at that moment are taking part in the events, and maybe don’t want to be part of your irresponsible fetishism.

It’s important to reflect on this, and not fall into an ambiguous or passive position of the sort ‘everyone does what they like’. Some comrades take their anonymity very seriously, as they are persecuted and controlled, while others play at revolution between flashes and ‘selfies’. Everything is heroism and publicity, aesthetics, top-models of the revolt, until the police come to your door and then with all your might you wish you had never taken that damned photo…

For a culture of safety and responsibility.
Against the fetishism of images and hoodies.